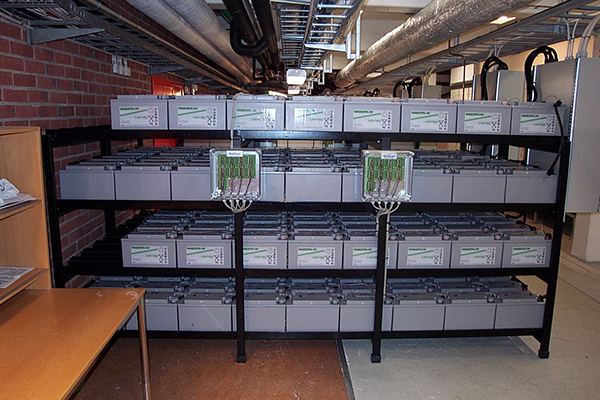 UPS is an English abbreviation that stands for Uninterruptible Power Supply. It is also commonly believed that UPS is synonymous with uninterrupted power. A UPS is used to protect important equipment against sudden power outages. But without monitoring the batteries, it can provide false security.

During normal operation, the batteries are ”charged” with as much power as consumed. In the event of a power failure, charging ceases, but as long as there is capacity left in the batteries, the inverter continues to supply power to the protected electricity consumers. The battery must immediately be able to convert itself from operating mode to standby mode to maximum power discharge. Otherwise, the power supply is not uninterrupted.

Faults in a UPS system are in most cases caused by the battery and must be replaced regularly. However, since the UPS cannot detect faults in the battery, it can not give an alarm signal in the event of a battery fault.

To be sure that the battery works, a separate battery monitoring system is required that can give an alarm as soon as something goes wrong. An advanced monitoring system with regular data analysis can also identify which battery cells are deteriorating by analyzing each cell’s ability to withstand the current change that occurs in the event of a power failure.

One thought on “What is an UPS?”