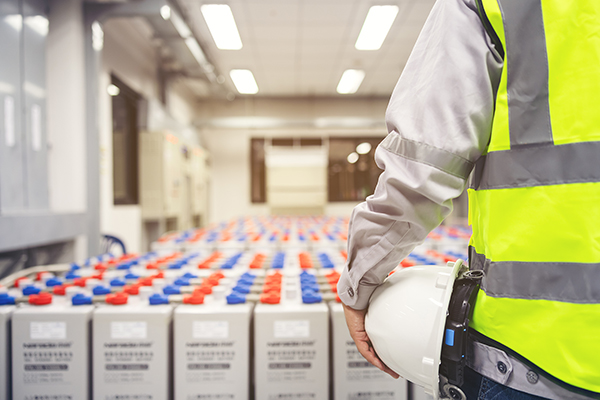 The float voltage recommended by the manufacturers has been perfected through empirical testing and is calculated by adding a polarization voltage to the OCV, which in a typical VRLA battery is 0.13 V added to 2.14 V*¹.

If the batteries receive an exceeded amount of voltage they will go into overcharge and if they receive a subordinate amount, they will go into undercharging. Overcharging a cell during charge completion will give rise to an accelerated degradation of the cell capacity. To put in perspective, an exceeded charge of 10 percent, or in this case 2.497 V, will cause an increased degradation rate by 30 percent*³. Overcharging a battery provokes internal reactions that involve increased generation of oxygen and hydrogen gas as well as heat. In a VRLA battery, where the process is fundamental in order for it to serve its purpose, escape of gas will eventually cause dry-out of the cell.

The benefit with VRLA batteries is that they require less maintenance, and in contrast to VLA batteries, are not meant to be refilled with water. Thus, overcharging becomes a major problem since it results in a water loss which cannot be restored, causing premature failure of the cells. During recharge of a cell, the force of the current drives sulfate from the plates back into its electrolyte solution. However, if the cell goes into undercharging, the force of the current decreases, resulting in some of the sulfate being left on the plates*¹4. The process is referred to as plate sulfation and is, in other words, a build-up on the plates consisting of lead sulfate crystals. This disrupts the chemical reactions and reduces the performance of the cell, something that could easily result in ultimate battery failure*².